it not only brought back special memories but a few stories to share as well!

It turns out that Larry was one of the instructors at the new Town & Country jump center (ad featured below) plus, he provided the advertised daily trampoline demonstrations. 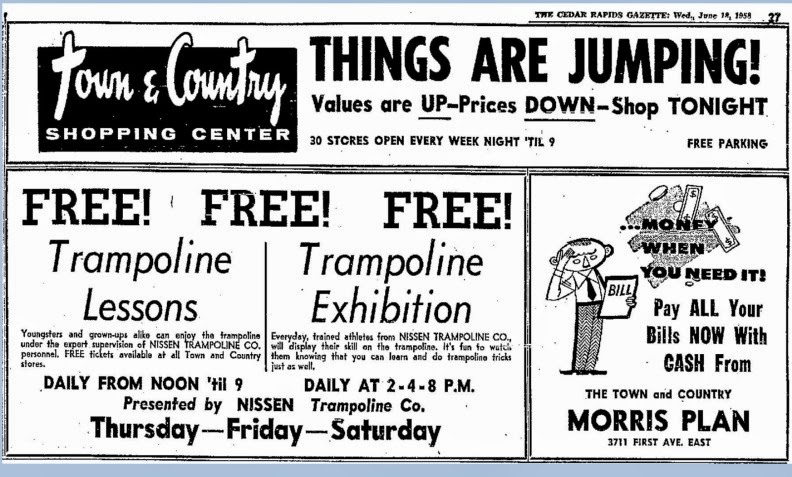 Larry explained, “It was 1958, and they set up the trampolines at the north end of the Town & Country shopping Center on First Avenue in Cedar Rapids. George Nissen went all out for that one. The opening was televised live and all the ads drew a large crowd. It was a great location and the investors made their money back and then some before the fad passed!”

Later in 1960, Larry and his wife Jeanne worked together at a trampoline jump center located in Coralville, Iowa. He supervised the jumping and she sold the tickets. A couple of other well-known University of Iowa trampolinists: Don Carney and Jon Bolton, helped out at this particular center as well. 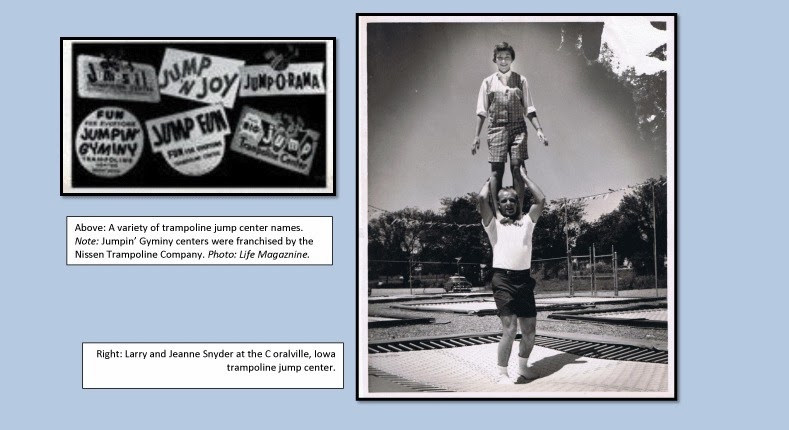 Larry Snyder's most unique experience however, was running the Air House jumping center owned by Roy Gaddis. The Air House was located just south of Cedar Rapids, Iowa, at the intersection of Sixth Street, S.W., and Highway 218.  The jumping center shared the location with several of Roy Gaddis' other businesses; a truck stop/restaurant and a sales lot for used trucks!

In addition, Larry remembers that, "the Air House was in operation for about nine months or so, and had mostly weekend business. It looked pretty impressive at night, sort of glowing, like some tubby spaceship! But, during a typical December in Iowa, the inside heaters left much to be desired!"  He further recalled with pride, "We never had a serious injury at any of the three centers."

To catch up with what Jim is doing today, use this LINK. 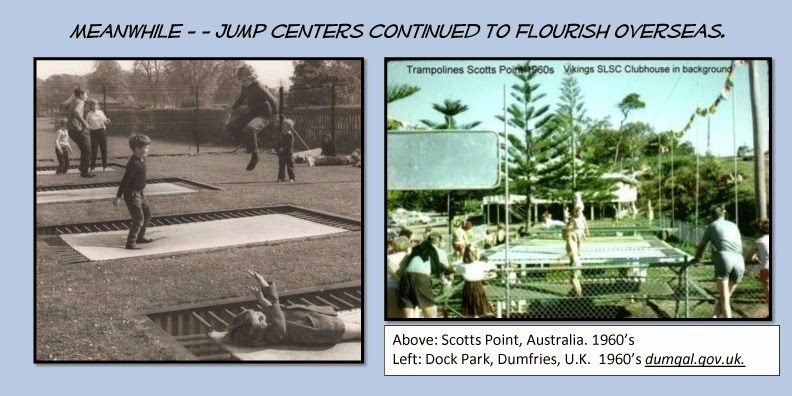