HISTORY OF THE NATIONAL GYMNASTICS CLINIC

The concept took hold in 1950, when several Eastern Conference college gymnastics teams began the tradition of meeting up in Sarasota, Florida during the last week of December. Sarasota, former winter home of the Ringling Bros. Circus, was a good choice as it offered warm weather, beautiful beaches and a high school facility with both indoor and outdoor gymnastic practice areas.

According to Olympian Abie Grossfeld, "Lyle Welser (Georgia Tech) had the idea for the clinics, with the first one held in Daytona, Florida in 1951, then moved to Sarasota where it lasted for about 25 years."

Among the first board of directors of the National Gymnastics Clinic were Hartley Price from Florida State, Frank Cuminsky from New York, Lyle Welser from Georgia Tech University, and Frank Wells with the Jersey City Athletic Club. Former Olympic gymnast Ed Scrobe was clinic president.
Holding a special seat at the director’s table was George Nissen (Nissen Medart Corporation), who financed all of the annual clinics as well as furnished the gymnastics and trampoline equipment that was used throughout the week.

Christmas in Sarasota became a much-anticipated annual event for many in the world of gymnastics and trampoline. This week long event took place at Sarasota High School and included one day of judged competition among participants, a full day of sun and fun at nearby Lido Beach, and the evening “North-South Meet” which was open to the public.

CLINIC HIGHLIGHTS
Following are a collection of photos from several years of clinic brochures that are sure to bring back memories for many readers.

In addition, Trampoline History Blog has a fun gift for all National Gymnastics Clinic ALUMNI! At the bottom of this blog post you will find a full copy of the 1961-62 Clinic Program in PDF format - - as a free download. Happy memories! 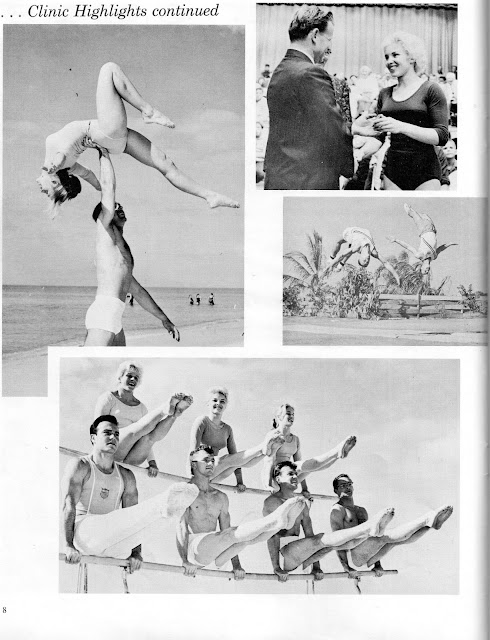 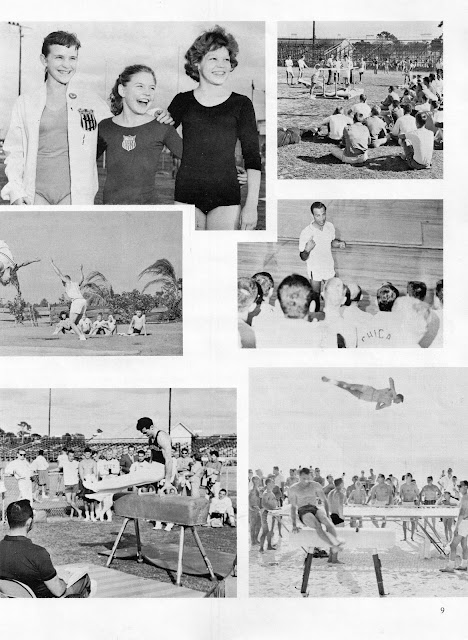 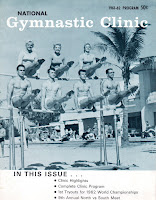