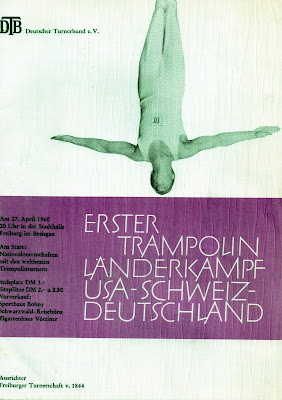 The first competition in which American trampolinists bounced against their European counterparts was held on April 23, 1960, in Freiberg im Breisgau, Germany.

Prior to 1960, outside of America, the sport of trampoline was still in its infancy; individual European countries were holding their very first nation-wide competitions. The largest being the Swiss based Nissen-Eterna Cup. Inaugurated in 1958, it attracted over 50 bouncers.

During January of 1960, England pushed the sport forward by hosting the first "inter-nation" competition, pitting bouncers from England against those from Wales.

Meanwhile, following American trampolinist's domination of both the 1954 and 1959 Pan American Games, the American athletes were eager to travel abroad to test their skills against the new European bouncers.


In April of 1960, the Nissen Company in partnership with the Witwatersrand Agricultural Society, sponsored a team of six American trampolinists to South Africa. The highlight of their 42-day tour was performing at the Annual Rand Agricultural Show in Johannesburg.

Upon completion of the tour, the team was invited to both Germany and Switzerland to conduct demonstrations, clinics, and - - to participate in the first international trampoline competition - - between American, Swiss, and German athletes. 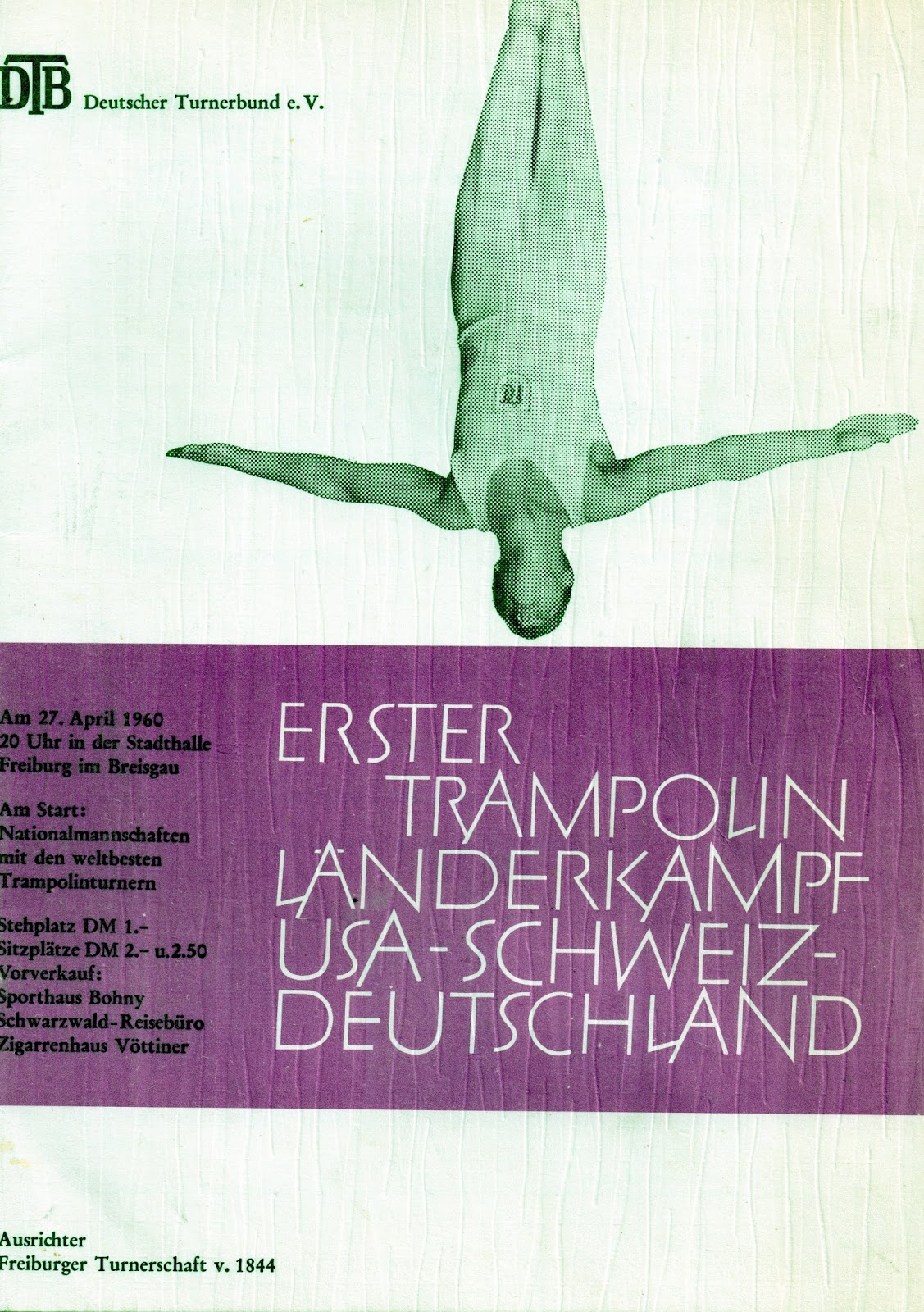 
Having trouble viewing the video? Use this link for YouTube

Ron Munn, who won the competition shared his memories of the event:

"Although the level of ability by the Europeans was not quite that of the Americans, the competition was both friendly and significant. It represented the start of future international competitions that today encompass countries throughout the entire world...and has grown to include the Olympics."