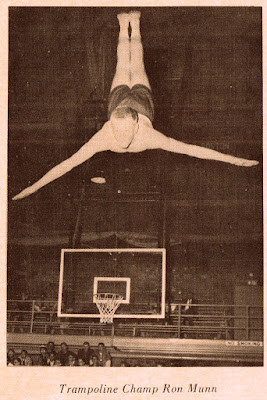 Frank LaDue's article below (from the Modern Gymnast, May/June 1959), gives us unique glimpse and commentary on the technical challenges faced by athletes and judges alike during trampoline competitions in the year 1959.
Results:
1. Ron Munn               9.45

Although we have no film history of the A.A.U. event, we can watch Ron Munn's trampoline skills in this video clip from the 1959 Pan American Games held four months later. 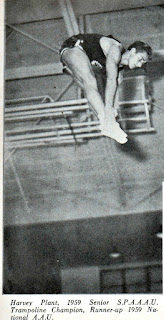