Jeff Hennessy, Director of this year's Championship made sure
that the visiting competitors and their coaches were treated to
both traditional Southern Hospitality as well as a great competition! 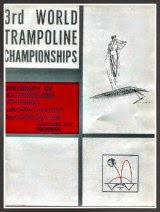 During the past year, the F.I.T. Technical Committee had been hard at work
establishing rules for the World Championship event. 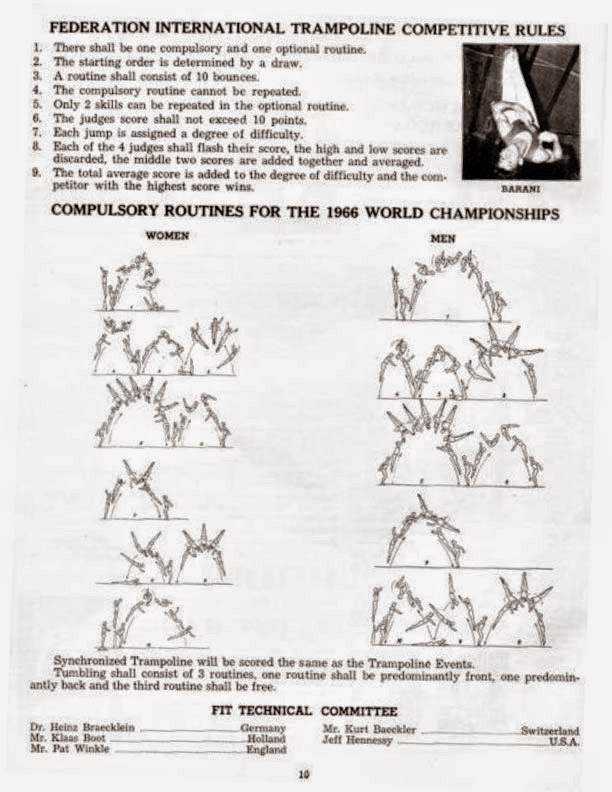 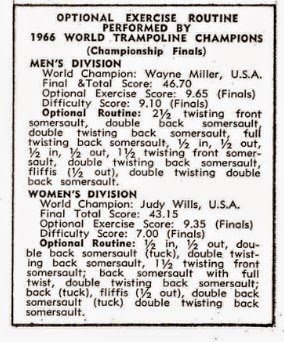 "Going into finals Wayne Miller won and David Jacobs was a close second - - this after their two routines on Friday; required and optional. Wayne had 27.95 and Dave 27.85, based on about 9.5 on required and 9.6 on optionals with about 8.8 difficulty ratings. Then we had drama.

"All the bouncers went through their routines - - 8 countries - - with the last two up being Dave and Wayne. Dave landed slightly back on his triple back start and then hit a low and hurried Rudie-fliffis which left him low and off balance. About all he could do was a simple back flip and then another easy stunt to build up height and from there it was simply ad-libing his way through the remainder of his routine. He scored way down and finished fifth.

"Wayne hit his routine and walked off with the crown. As you recall, two years ago he was 4th and last year 3rd in the World Meet, so we are all very happy for him. In his home town on top of it! The crowd really gave him a fine ovation."


Video of trampoline, tumbling and awards ceremony.
Having trouble viewing video? Use this link:
https://youtu.be/ybgHfN0bfq0 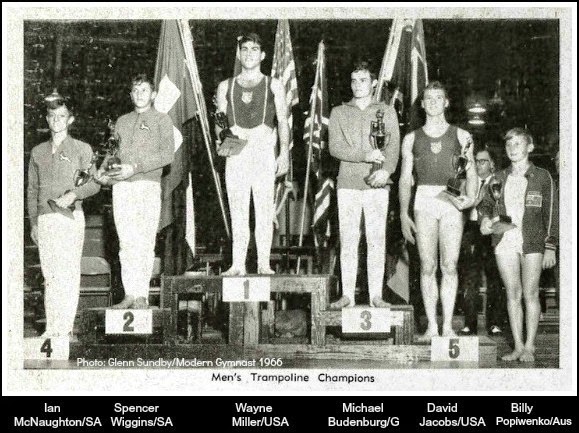 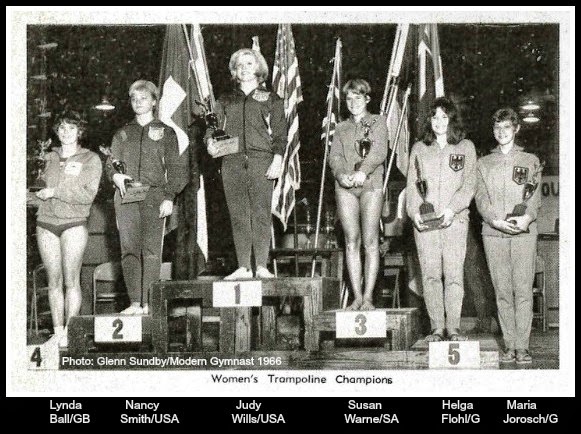 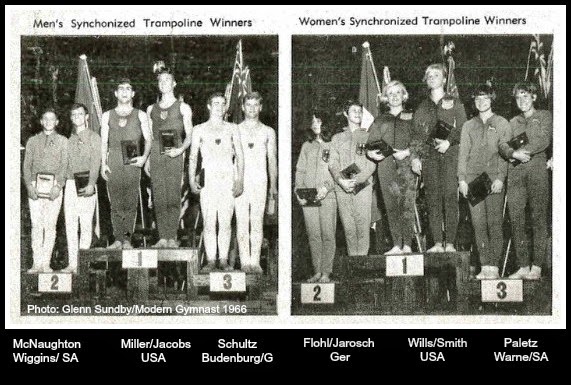 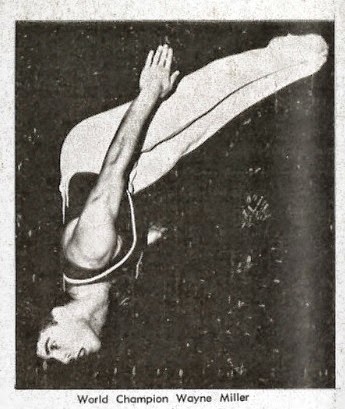 The Trials & Tribulations of a Meet Director...

"Things seemed real rosy when Southwestern and Lafayette landed the meet as it seemed that a rich television pact went along with it and there would be no worry about funds. But then the catch came - - the networks didn't have the time for the World Trampoline Championships and therefore didn't shell out the needed money.

"But things were not all gloomy as a national cola company got into the act and said they would help defray the expenses of bringing in foreign athletes. But things didn't go better with..."___".  It seems that the cola company wanted to make the presentation in the foreign countries and didn't care about publicity in the United States.

"Then one of the world airline companies jumped in and said they would fly some of the athletes in. Then they found out that the athletes would not be able to come into Lafayette on the company's own planes. The company feared they might lose the publicity angle if the the athletes didn't arrive on the major company's planes.

"So the sports and recreation committee of the Greater Lafayette Chamber of Commerce had to guarantee that they would collect $2,800 from people and clubs in Lafayette...and make enough on admissions to offset expenses..." 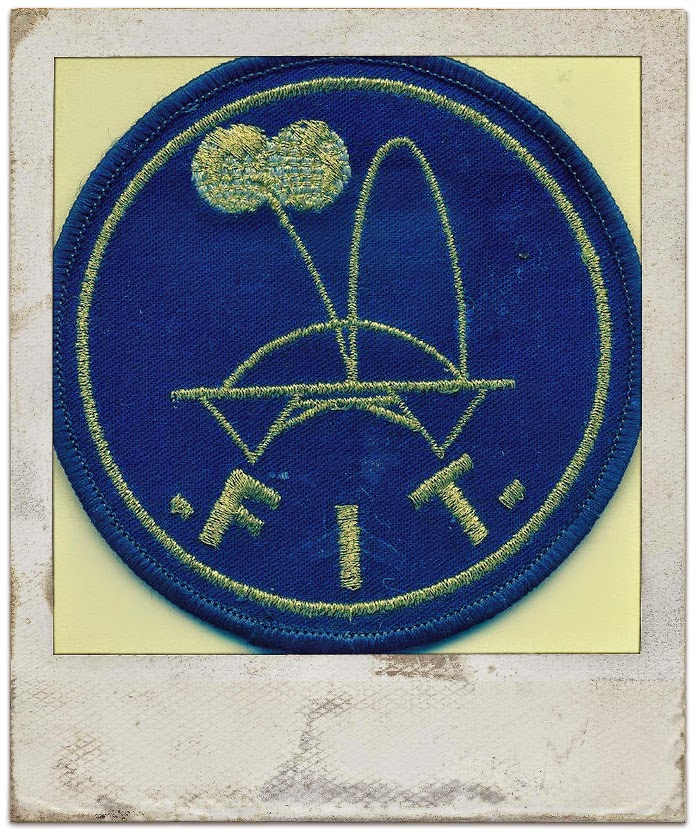 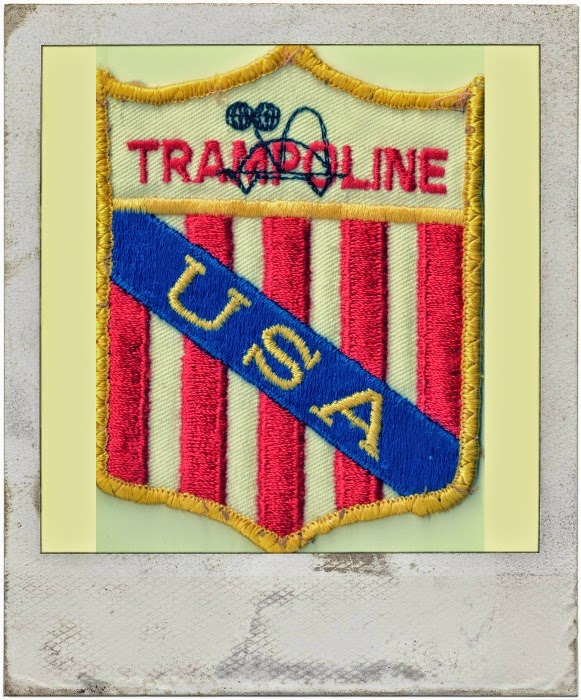 The people and clubs of Lafayette must have taken up
challenge and rallied for Jeff Hennessy's cause - -
as the event came off as planned.
For the trampolinists, tumblers, coaches and
audience all enjoyed an impressive display of
international talent!