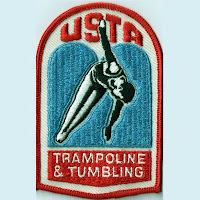 By 1970, the sport of trampoline was experiencing a tremendous growth spurt in both numbers of participants and new private clubs opening up across the US. Although the Amateur Athletic Union (AAU) remained the governing body for the sport; sponsoring annual national competitions and sanctioning athletes for international championships, it had limited involvement with youth programming.

Spurred by a recent decision made by the United States Gymnastics Federation (USGF) to exclude trampoline from sanctioned collegiate gymnastics competitions, George Nissen, on October 11, 1970, assembled a select group of thirty-three US trampoline and tumbling coaches. This group collaborated on the formation of a new organization. One that would support, develop and promote the sport of trampoline through age-group programming and competitions, while continuing to allow the AAU to remain the governing organization for the sport.

The founders adopted the name: United States Trampoline Association, and set out goals to foster improved competition for trampolinists throughout the United States, to establish safe and uniform standards for competition and provide sound lines of communication for coaches, judges and teachers.


The new association elected officers, agreed on a year-long schedule of competitions, certification courses for judges and instructors, a newsletter and the debut of the now well-recognized USTA logo-patch. 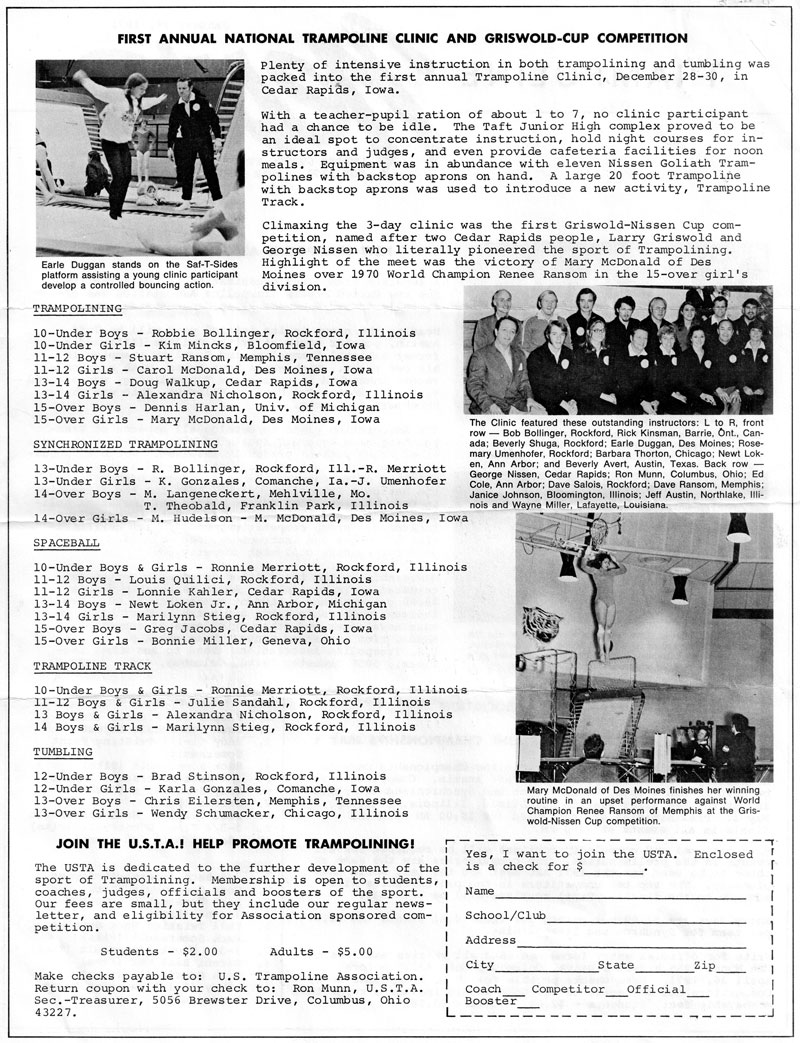 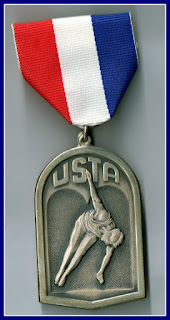 Note: Later in 1971, the U.S.T.A. announced a change to the concept of the Griswold-Nissen Cup, designating it as an award given to an outstanding single clinic participant rather than serve as the generic name for the age-group competition held during the final days of the clinic. 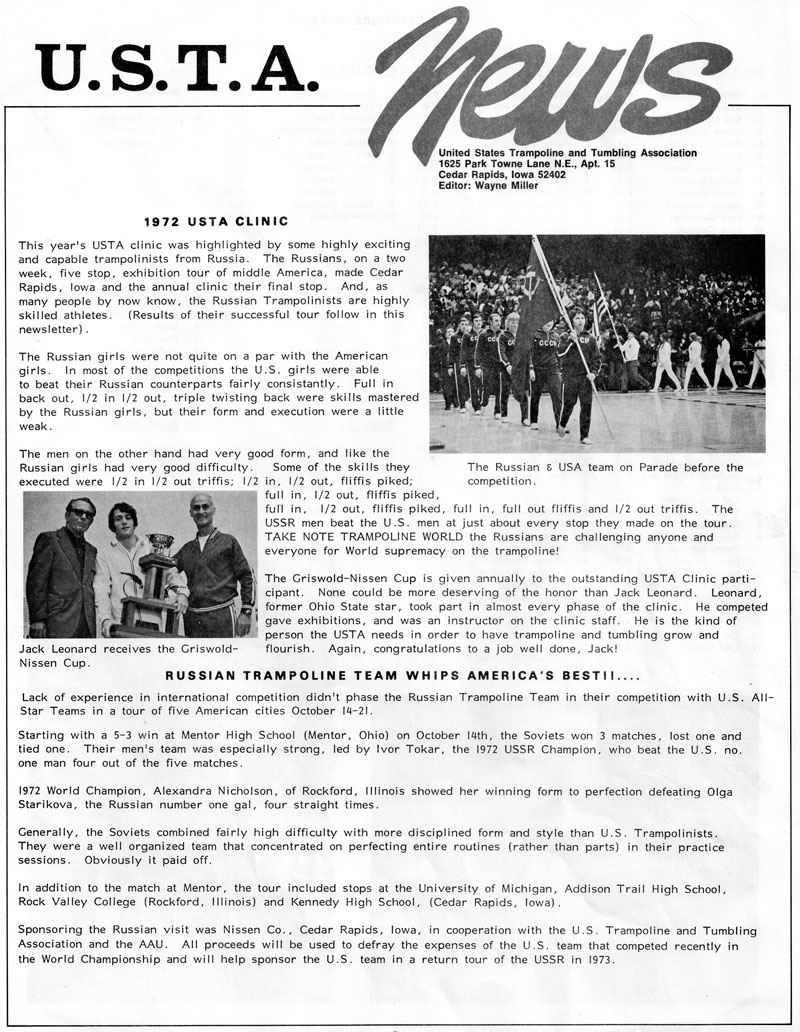 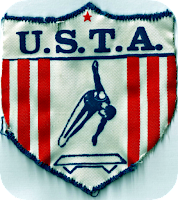 Link to Nissen News to read the special bulletin shared with employees of the Nissen Corporation.