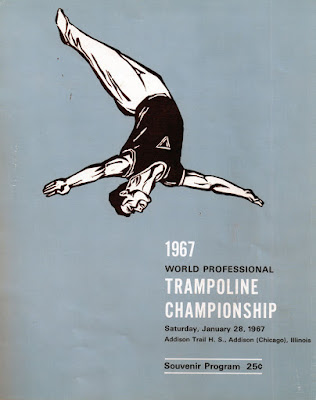 As part of a Nissen Corporation promotion, the second World Professional Trampoline Championship was held at Addison Trail High School, Addison (Chicago), Illinois, on Saturday, February 4, 1967. (Note: a miss-print on the program lists the date as 1-28-67)

Sponsored jointly by the Illinois Gymnastics Coaches Association and the Nissen Corporation, the meet featured match competition in the form of a double elimination tournament. The athletes competed in pairs, performing an optional routine, no score or mark was assigned and the judges decided which of the two performers presented the better overall routine. 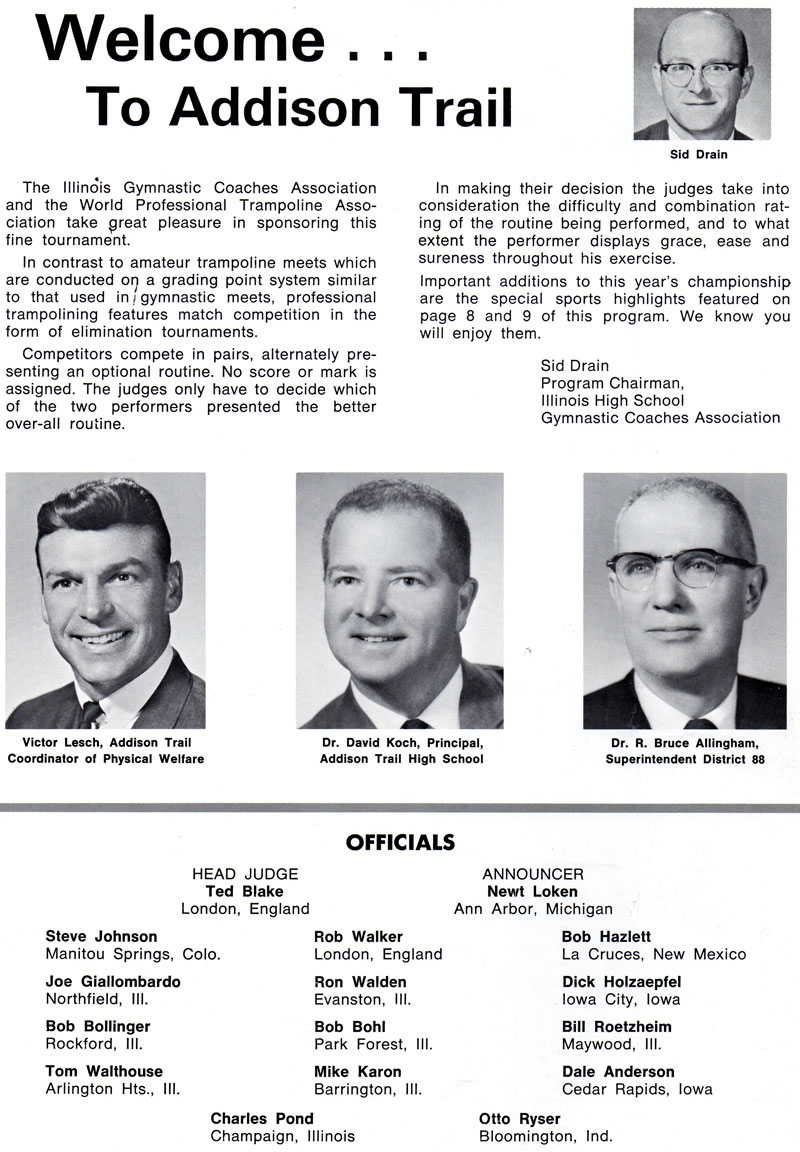 Mid-way through the competition Doris Fuchs Brause, (1964 USA Olympic team member) performed a demonstration routine on the uneven parallel bars. At the Dortmund World Games held in 1966, Doris had been the center of controversy as her uneven parallel bar routine was so flawless the crowd disagreed with the judge’s final score and held up the meet for an hour with catcalls.

In addition, the capacity crowd of 3,500 was treated to a Spaceball competition pitting the USA against Great Britain.


This 20-minute film was commissioned by the Nissen Corporation and used to help promote the sports of gymnastics and trampoline world-wide. Note to viewers: the film’s narrator is Bob Brooks, long-time sports reporter for KCRG-TV, Cedar Rapids, Iowa, who with the assistance of George Hery and Gary Erwin added a comedy interview bit to their final routines. (Found at the 15.35 mark)


NOTICE: Due to technical issues with the original film
you will need to increase the volume on your viewing device
n
Trouble viewing the video? Use this link for YouTube

LINK to the 1964 1st World Pro Trampoline Championships
Posted by Dagmar Munn at 9:55 AM