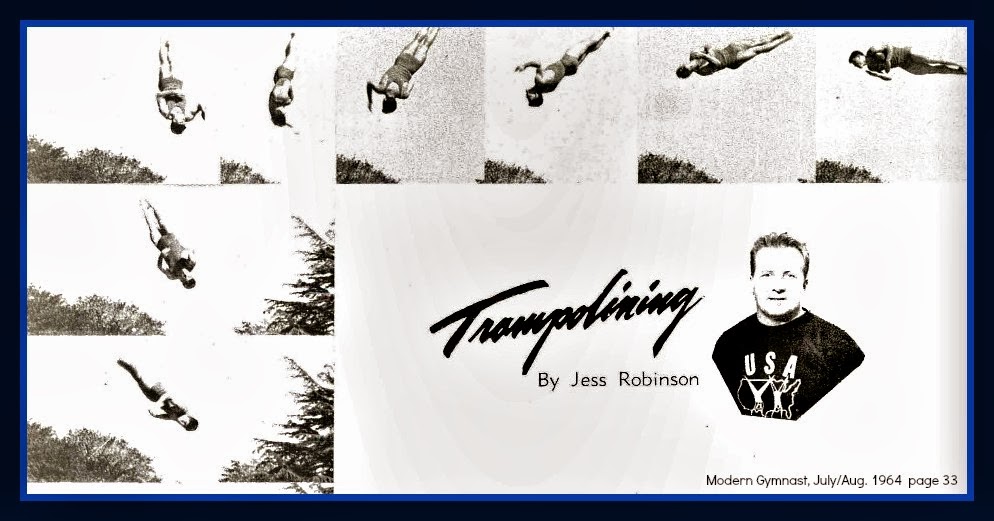 (Published January 9, 2014)
Sometime during the years of 1963-64, Wayne Miller, a young and talented trampolinist from Louisiana, coached by the outstanding Jeff Hennessy, was the first person to successfully perform a triple twisting double backward somersault on the trampoline. Since he was the very first to do this skill, it thereafter became known as "The Miller."

Over the years we've seen numerous videos of athletes performing "The Miller," but unfortunately, no videos exist of Wayne Miller performing it himself.

Although while first performing the skill, Wayne's coach Jeff Hennessy did film it with a 16-mm camera, and sent the footage to Jess Robinson for his column in the Modern Gymnast magazine. The sequence of frames from that original film was published in the 1964, July/August issue.

With the help of current advanced technology, Dagmar Nissen Munn (author of Trampoline History Blog) created a video by splicing the photos together from the original printed sequence. We can now enjoy watching Wayne Miller performing "The Miller!"

Congratulations to both Wayne and Jeff for their contribution to the advancement of trampoline skills.