1964 - The International Federation of Trampoline (F.I.T.) is Established

Following a successful First World Trampoline Championships, George Nissen and
Ted Blake organized a meeting  to discuss the future of trampolining in the world.

The announcement in the competition brochure read:

“The time has come to consider an International Federation of Trampolining and a meeting on Sunday morning, after the Championships has been arranged at St. Mary’s College, Twickenham, Middlesex, to discuss this."


At the March 22nd meeting several important resolutions were passed:

A. That an International Federation of Trampolining be established.

B. That each country send a representative to a second meeting, to be held Wednesday, July 29, at 10 A.M. at Frankfurt (Main) Deutsche Turnschule, that will continue the formation of the International Federation of Trampoline.

C.  That a world championship be held every year. 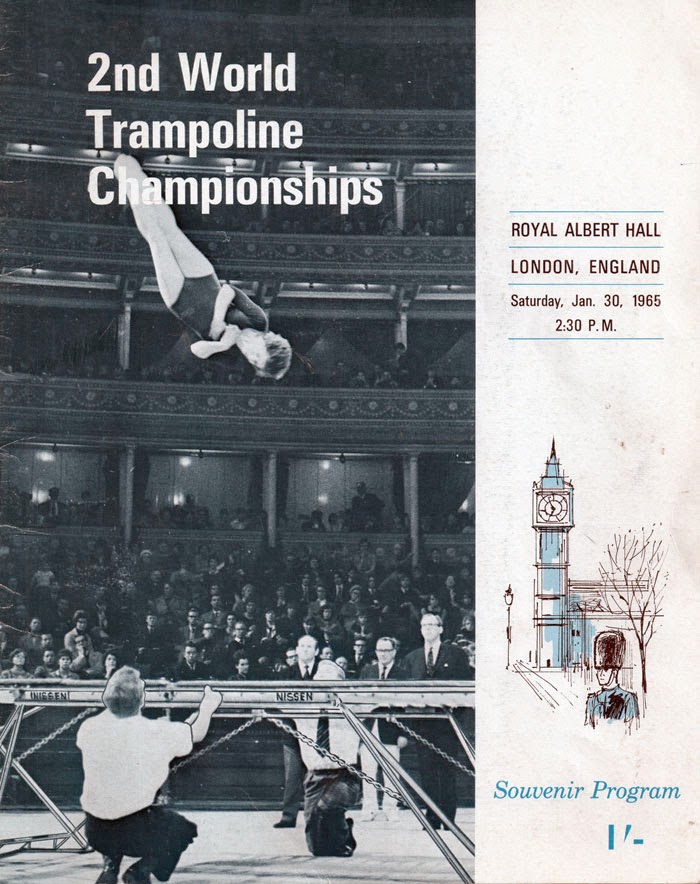 On behalf of the new organization, F.I.T. President Rene Schaerer, and General Secretary Eric Kinzel placed a welcome letter in the brochure of the Second World Trampoline Championships, held in London on January 30, 1965. 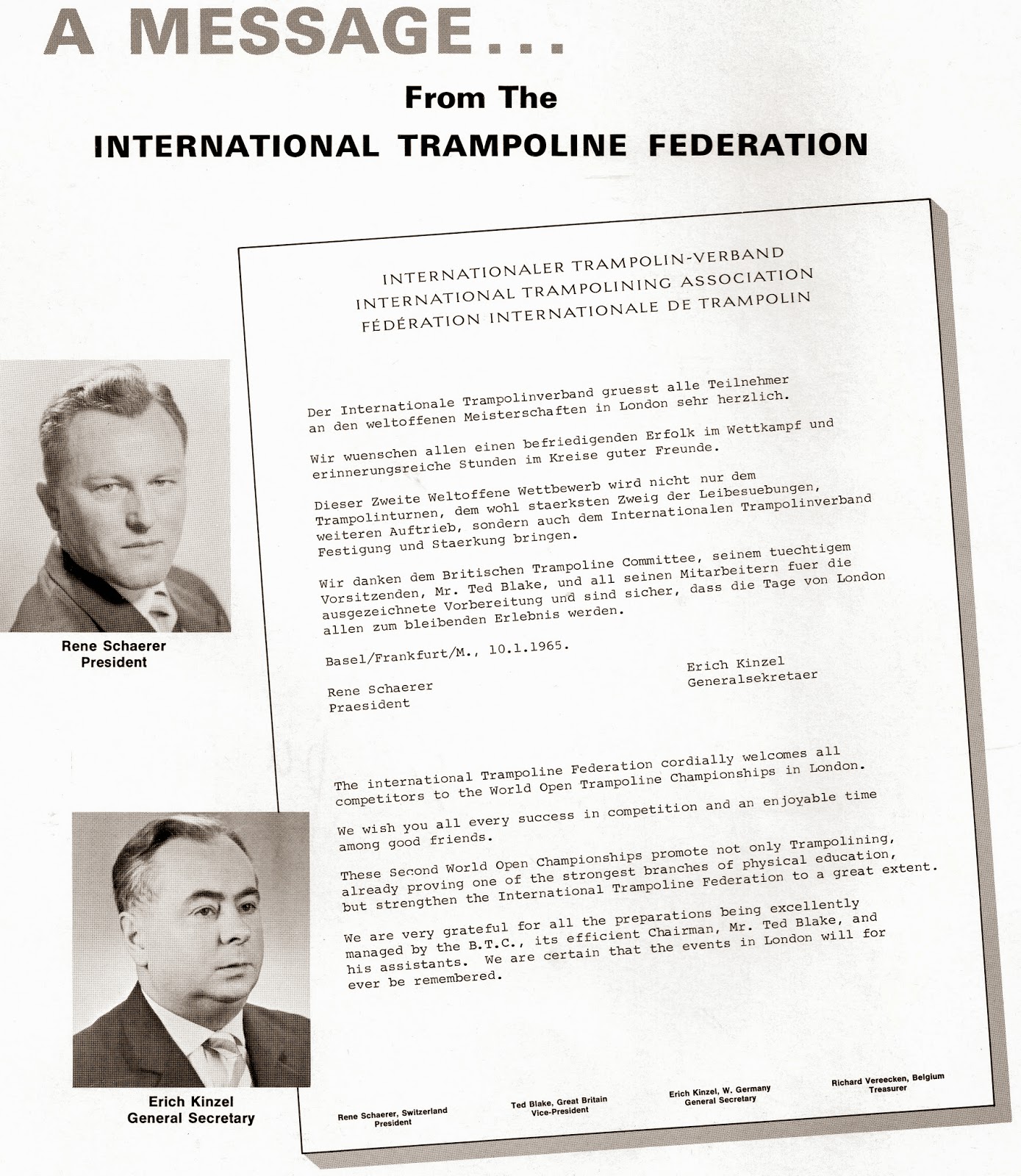 Under the expert guidance of the F.I.T., the World Trampoline Championships continued their success and growth.

At the 1965 championships, the events of tumbling and synchronized trampoline were permanently added to the program. 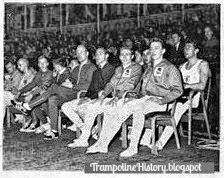 “In the years that followed, the discipline grew rapidly. In 1988, it received recognition of the International Olympic Committee, a crucial first step towards final consecration, its official inclusion in the programme of the Olympic Games. To achieve this objective, the FIT in 1998, was integrated within the structure of the International Gymnastics Federation (FIG) and finally, in 2000, achieved its Olympic dream in Sydney (AUS), under President Ron Froehlich (USA).”

We look forward to the
2014 World Trampoline and Tumbling Championships
hosted by USAGymnastics, Nov. 7-9; in Daytona Beach, Florida.