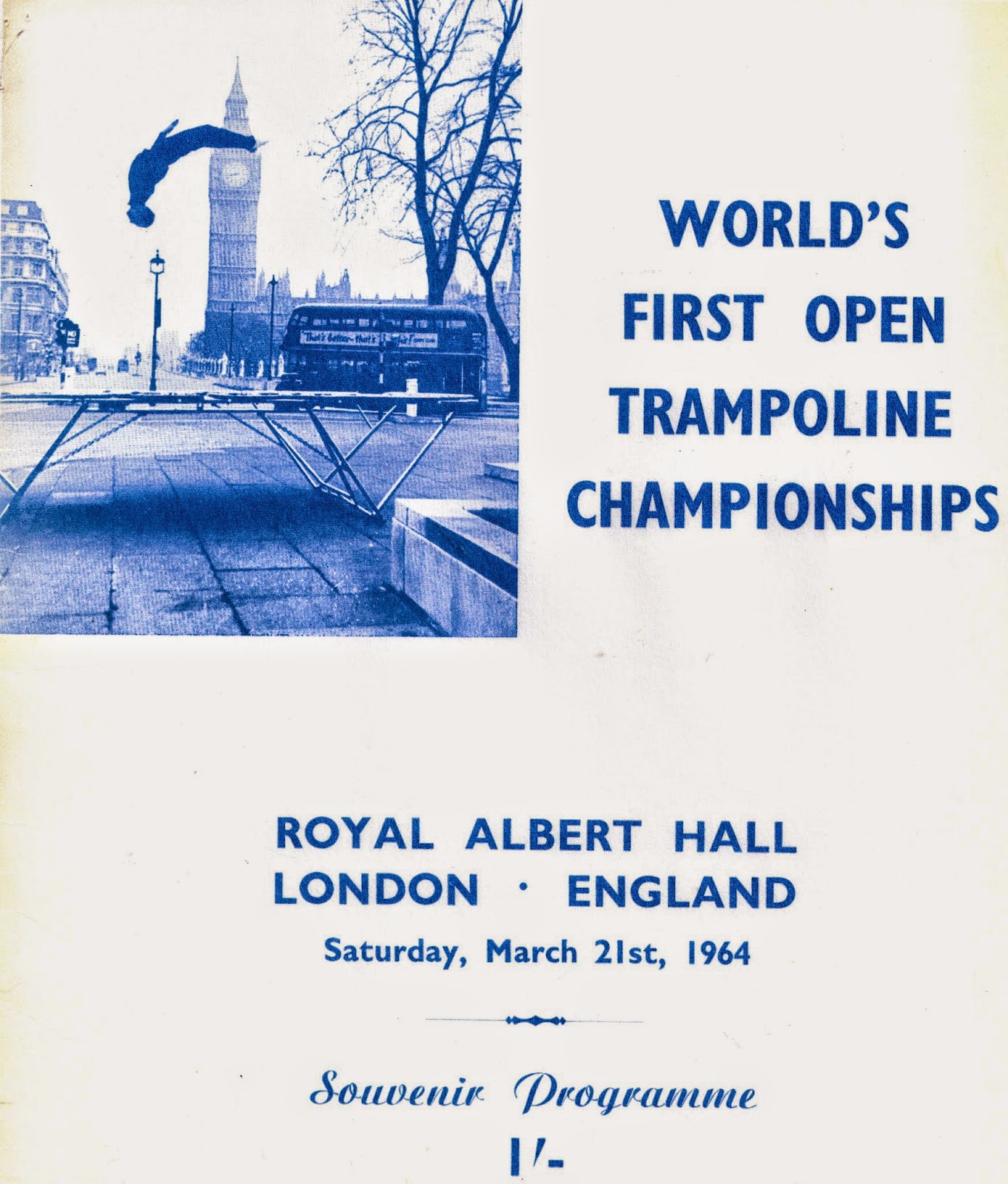 "For the first time in trampoline competition, a double elimination tournament was held in place of the usual gymnastic type scoring system. Participants competed in direct man-to-man competition with winners advancing to the next round and the losers dropping back to the losers consolation bracket.

"Competitors performed by pairs, each presenting an optional ten bounce routine and remained on the trampoline until the judges announced their decision. The judges had only to decide which competitor was the winner in each competing pair. The decision was immediate and flashed to the audience with either red or blue cards, corresponding to the colors on the trampoline." 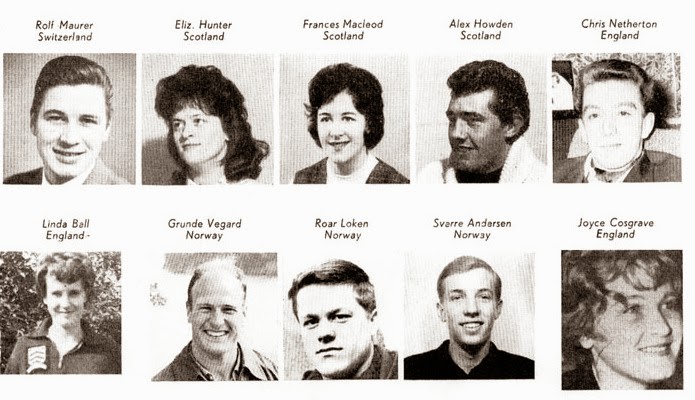 
~~~
The Film
George Nissen and Ted Blake had the forethought to commission filming the entire competition. Rob Walker was designated Technical Director; overseeing editing of the final version. For the next several years this 16mm, 20-minute long, "cinema sized" film functioned primarily as a promotional film that George and Ted showed at conventions and trade shows. Sometime during the late 1960's the film went into storage...and wasn't discovered again until 2013, nearly fifty years later!

We thank Rob Walker for keeping the film safe all these years.
Another thank you goes to Mike Driscoll in England, for transferring the original film into DVD format.

Now...you too can watch this historic film, on this historic date;
the 50th anniversary of the World's First Open Trampoline Championships!

Read Dan Millman's memories about the competition:
"It Doesn't Matter Who Wins Warm-up"
~~~ 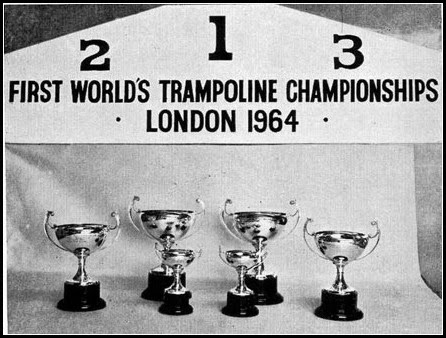 Special acknowledgements go to these persons for their assistance in providing resources for this article: Tim Blake, Mike Driscoll, Rob Walker, and Dennis Horne.